Perhaps you’ve found food packaging that looks like something chewed on it, droppings, or other signs of rodents, making you wonder how to get rid of rats in your backyard. Grossed out? We understand! You’re right to be concerned, too. Consider the facts:

The Centers for Disease Control and Prevention estimate that rodents carry more than 35 diseases, such as leptospirosis, hantavirus, and, of course, the plague. That doesn’t include the other nasties they spread indirectly like West Nile virus and Lyme disease.

Prevention is the best way to deal with rat problems. However, if you already have rats, you still can get rid of them and reclaim your peace of mind.

We won’t lie. It’s going to take some work to get the issue under control and make sure that the rats don’t come back again.

The best plan of action involves three main tasks. They include:

Let’s talk about each one in detail.

Why You Have Rats in Your Yard

Step 1: Remove Whatever is Attracting Rats

The thing to understand about rats, or any pest for that matter, is that they’re opportunistic out of necessity. They’re also prolific, producing up to eight young about every 26 days.

That means two things. If you see one, the chances are there are a lot more running around your yard, garage, and house (but, hopefully not!).

The single best thing you can do to get your rat problem under control is to get rid of the available food and water in your backyard. Get the kids to help with cleaning up the yard and removing all possible food sources. Remember that rats aren’t picky, so put the trash in the garage at night, preferably in a can that has a locking lid.

Other not-so-obvious food and water sources are:

If your pets stay outdoors, make sure to at least pick up their food after they’re done eating. It’s better for them, anyway. Also, keep any foodstuffs in rat-proof containers. If you make it tougher for the rats to get food, they’re more likely to move on to places where it’s easier for them to score a meal. 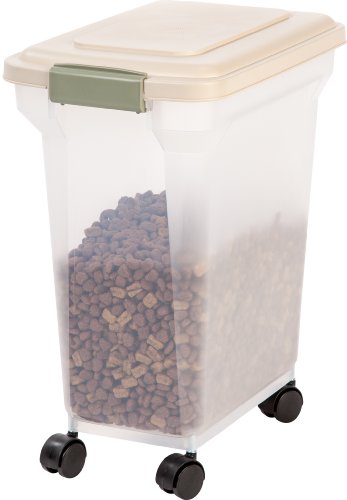 Once you’ve shored up the food sources, the next thing you need to do is make your yard less appealing to a hungry rodent. Sweep out the garage and mop the floor, preferably with a diluted bleach solution because of all those diseases they spread and carry.

Don’t forget to clean other areas that generally have enticing food odors, such as your grill, cooking tools, and any garden furniture where you eat.

Don’t Give Rats a Place to Call Home

Step 1: Get Rid of any Hiding Places

You probably won’t see masses of rodents scampering around your yard. They usually come out at night when no one is around because they’re so leery of people. But that doesn’t mean that they’re not there.

Rats are the Houdini of the animal kingdom. If they can get their head through an opening, they can get in no matter how small it seems. They prefer small places or burrows where they can get away from the action. They can also jump into places — from 3 feet off the ground.

Scan your garage and any outbuildings for obvious places, particularly if there isn’t a lot of activity around them. Also, get rid of any woodpiles in your yard and put them in those rat-proof containers that you bought.

The next thing you need to do is find out how they’re getting into any outbuildings. Look for cracks or holes in the foundation or platform. Seal any that you find with a rodent-proof foam that you can buy at your favorite hardware store. Some people also have luck using steel wool either alone or with the foam. 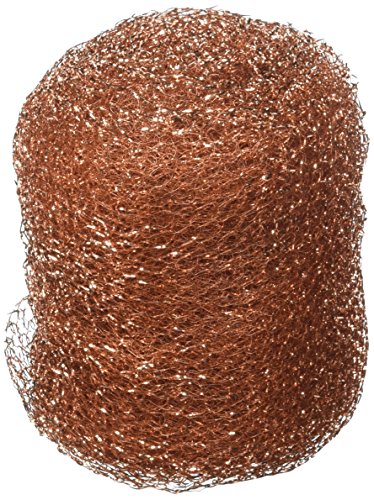 We’ll say upfront that this part of the job is the least pleasant thing that we’ve discussed so far. You have several options for taking, shall we say, decisive action against the rats. They include:

The glue boards work but can seem quite cruel. It’ll take some time for the stuck rat to die once it’s caught and throwing away a live rat may be upsetting for some.

Traps also get the job done, and quickly. You have to be careful when setting them up, though, because they’ll hurt like nobody’s business if you trip it accidentally.

You might consider the live traps if you want a cruelty-free choice. However, you can’t just release the rats anywhere, so these traps may be best for those who live away from neighborhoods or cities. Plus, there’s also the risk of getting bit when handling the cage.

Bait stations are also a decent option. These traps are enticing to rats but contain trace amounts of poison that kill rats once the product is consumed.

A Closer Look at Types of Rat Poison

Pets notwithstanding, the biggest drawback of poisons is the risk of the rat eating some and going between your floorboards to breathe its last. Then, your house or yard stinks to high heaven for a few miserable days.

That was the problem with the so-called first-generation poisons or what the industry calls, long-acting anticoagulants. They typically take several days to work. Essentially, they cause the rat to bleed to death internally. Fortunately, vitamin K, administered from the vet, is an antidote for pets who accidentally get a hold of some.

The second-generation products, including bromethalin, act quicker which is good to get rid of them fast. On the downside, it’s bad news if your pet eats a large amount of it.

You may see pesticides that contain cholecalciferol or vitamin D3. These are a double-edged sword, too, being effective against rats but also toxic for your pet, often leading to kidney failure.

Finally, there is zinc phosphide, generally sold as poison peanuts. It works by turning into a toxic gas when the rat eats it. The poison works by ensuring that the rat can’t regurgitate the product and get it out of their system.

Whatever method you choose, there are several things you need to keep in mind:

Learning how to get rid of rats in the backyard isn’t fun for anyone. But it’s better than the alternative of rats using your property as a breeding ground.

The essential thing to do is make your home as uninviting to rats as possible. Make sure there’s no food or garbage lying around for an easy meal. There’s a reason these rodents have been around forever. They know enough to move on if there isn’t something to eat and nowhere to live.

We encourage you to make that place your home and backyard.