At first glance, both these racquet sports look similar. Each one uses a ball and paddle on a designated court with specific dimensions. Both borrow heavily from other games in this genre. However, that’s where the similarities end between paddle tennis vs pickleball. The one thing they both have in common is a loyal following of devoted players of all ages. 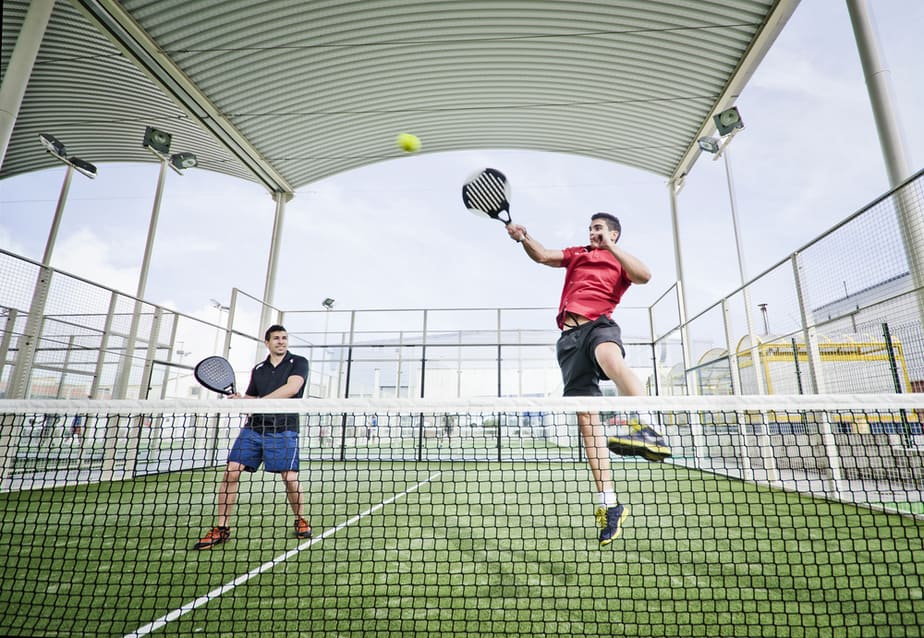 History of the Sports

The origins of each of these games couldn’t vary more, literally and figuratively. And that helps to explain the popularity that each one has with its fans. Bored children are at the root of each one. They provided the inspiration to create an engaging activity that was fun to play with rules that are easy to understand. And as you’ll soon learn, the kids weren’t the only ones who have benefited from them.

Paddle tennis got its start with Episcopal minister, Reverend Frank Peer Beal. He played it as a childhood game he made up around 1898. He took the sport with him to New York City. Beal persuaded city officials to add his modified tennis courts to the local parks in 1915. The idea was brilliant. It gave kids something fun to do that would soon prove to be an international hit.

The game caught on quickly with the neighborhood youth and to other places. By 1923, it had its own organization, the United States Paddle Tennis Association (USPTA). It evolved through the years to its present-day form with some modifications in the court and equipment. Paddle tennis even managed to catch the attention of well-known athletes, such as Bobby Riggs.

Pickleball also began as a way to entertain children in 1965. Washington State Representative Joel Pritchard along with a couple of friends devised the game with a diverse collection of sports equipment. The family wanted to play badminton. Unable to find a shuttlecock, Pritchard grabbed the next best thing, a Wiffle ball.

After some adjustments to the net and a different playing surface, pickleball entered the backyard game scene with a splash. Pritchard and his friends knew they had stumbled something special, incorporating the venture in 1972. By 1984, it too had its own board of directors and organization, the USA Pickleball Association (USAPA).

Today, pickleball is more than a backyard game. Many bars and restaurants have embraced it with leagues hosted by various venues. It has bridged the gap successfully from child’s play to a serious adult sport. 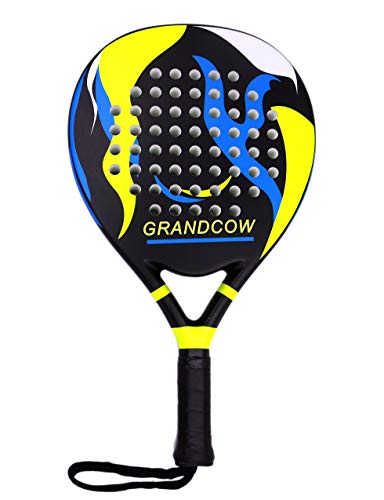 The Court Dimensions of Paddle Tennis Vs Pickleball

The court for each sport varies. The gameplay, equipment, and rules all come into play, along with the age of the participants. The influence of the sports associations and their governing bodies also had a role in the game we play today. For both, the point where the game crossed the line to something official directed each one’s trajectory into the future.

The original intent of paddle tennis was a children’s game. It started as a playing field that was 39 feet long by 18 feet wide. As more adults took up the sport, the association recognized the need for changes. They increased the length to 50 feet and the width to 20 feet, creating the Classic POP size. The modifications made paddle tennis more challenging and quicker to compete with other games like spikeball.

The chances are significant in that it also affected participation and the demographics of the enthusiasts. It also brought an official status, which further propelled its popularity.

Pickleball has clung to its roots by keeping its court the same size as one used for badminton, 44 feet long by 22 feet wide. That’s where the similarities end. The net is 36 inches high at either end instead of 61 inches high. The center for the former is 34 inches and 60 inches for the latter. It also has a non-volley zone, which is 7 feet on either side of the net.

The Equipment of Paddle Tennis Vs Pickleball

Both racquet sports have similar equipment with some key differences that have a significant effect on gameplay. As with the court, paddle tennis has evolved with the changing makeup of the participants.

The original equipment for this childhood game was humble, only a makeshift wooden paddle and a sponge-rubber ball. The influence of adults playing saw the latter replaced with a decompressed tennis ball. It also made the gameplay faster.

The design and technology used with the equipment have advanced too. You’ll find racquets made with modern materials such as memory foam, carbon fiber, composites, and high-density polyethylene rubber. Even the balls are performance-grade. It has made the move from the neighborhood to the official court with referees. 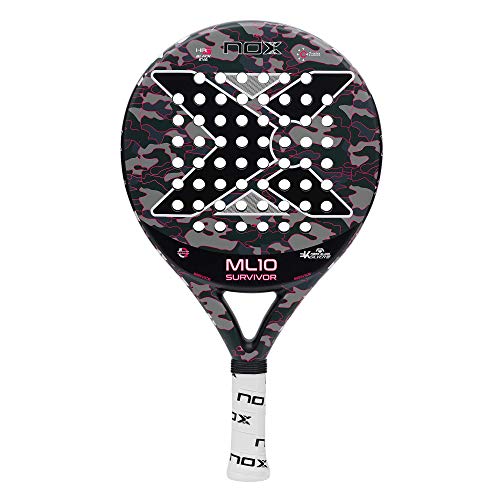 Likewise, pickleball has seen technology’s influence on its equipment. The Wiffle ball remains, albeit, modified for game-specific use. You won’t find the plywood paddles that the inventors of the game used. You will see much of the same slate of materials for pickleball as you do with paddle tennis. The differences lie with the size and other factors.

A paddle tennis racquet has a maximum size of 17.5 inches long by 8.5 inches wide. It cannot have strings. Perforations are okay. The rules regarding pickleball are stricter with specifications on surface roughness, deflection, and other criteria. Its maximum length cannot exceed 17 inches, with combined dimensions of 24 inches total.

The gameplay for both sports can range from a casual pace to something highly competitive with lots of action. Both have tournaments with international rankings for their players and official rules to keep everyone on the same page.

Paddle tennis stays true to its namesake with like rules of play. The scoring is also the same with matches and sets. You can play both single or double matches on the same court. The service line is 3 feet from either end. One stark difference is that you must serve underhand versus the overhead shot of tennis. And you only get one shot.

Another thing to remember is that one person serves for each match with a singles game. You also have to serve the same way, either by bouncing the ball or tossing it in the air. You score if your opponent fails to return it or commits a fault. Points proceed in the familiar pattern of 15, 30,  40, and game. In the event of a tie or deuce, one player must get two consecutive scores in a row to win.

Pickleball also uses an underhand serve that you cannot bounce before hitting it. Where you stand depends on the score. If yours is even, then you start on the right side going to the same for your opponent. If it is odd, then you use the left. Play continues like paddle tennis until the gameplay ends or someone commits a fault. The first one to get to 11 wins. Other variations use 15 or 21 points. 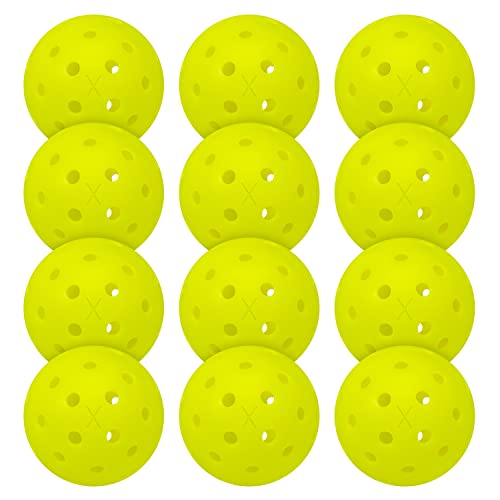 The similarity of the two sports belies the fact that the demographics of the player base have like and opposite traits. Lest you think they are kid games, the stats tell a different story.

Paddle tennis isn’t as organized and focused as pickleball. However, it’s nonetheless exciting with a loyal fan base. It enjoys its greatest popularity on the West Coast. There are two similar sports, which might affect participation numbers. There are padel and platform tennis. Both reflect regional differences in the gameplay.

Padel is typically played in doubles in a court of a different size than paddle tennis. It is a more recent variation on the tennis theme, with its origins in Mexico in 1969. Padel is a popular racquet sport abroad, especially in Portugal and Spain. Platform tennis, on the other hand, is older and also has its beginnings in New York. The primary difference is a raised court that allows for winter play.

While you may think of pickleball as a senior activity, think again. Only about 20 percent of participants are 65 or older, according to the 2019 Sports & Fitness Industry Association’s Pickleball Participation Report. However, older folks are more likely to be core players who participate eight or more times a year.

Seattle has the most pickleball courts per 10,000 residents at 2.6. That makes sense, given the sport’s beginnings in Bainbridge Island just off the coast of Washington. St. Paul, Minnesota and Madison, Wisconsin round out the top three cities. Pickleball is definitely a sport on the move. Participation has increased by nearly 10 percent in the last three years alone.

A lot rests with its official association. They have recruited volunteer ambassadors to get the word out with outreach programs. The USAPA even has a grant program to provide financial assistance to communities and high schools that want to bring pickleball to their residents.

When discussing the differences between paddle tennis vs pickleball, it’s interesting to learn how far the games have progressed from their modest beginnings. What started out as kid activities are now major players on the international scene. The irony is that the adults have stolen the ball on both courts, even with the Wiffle ball getting in on the act.