What is one living thing that probably anyone you ask would say they dislike? Yes, many don’t like spiders or snakes. A lot of people probably don’t like insects that can sting you, like hornets and bees. If you’ve noticed some unwanted buzzing, keep reading to learn how to get rid of wasps in your backyard to take back your space. Upfront, we’ll say that your concern is warranted. Venomous insects like wasps are the reason behind over 200,000 ER visits and nearly 60 deaths each year. Fortunately, most people aren’t overly sensitive to their venom. Unless you work outside a lot, you probably won’t get stung often, with it occurring maybe once every 10-15 years.

The essential thing to understand is that insects are all different. That means you’ll see insecticides geared toward certain ones. Pesticides have one purpose—to kill some type of pest. When using these products, it’s imperative to minimize harm to non-targeted species. Even though they sting too, we’d strongly urge you to avoid killing bees. That brings us to the first step in wasp control.

Learning how to get rid of wasps in your backyard is to figure out what pest you have to fight. These insects belong to a larger group or order called Hymenoptera. It also includes bees and hornets, which are easy to mistake for wasps. The number of honeybees has declined in recent years for a myriad of reasons, such as pesticide use. They are critical to ecosystems as pollinators.

The rationale for knowing which one is invading your backyard is to help you pick the most effective insecticide. While they are similar, the physiology of wasps versus bees differs. Therefore, you’ll see products specifically formulated to kill the former and not the latter.

The difference is real.

We’re not suggesting that you drill it down to the specific species. Instead, all you need do is verify whether you’re dealing with honeybees or something else. Many pesticides that work on wasps will also kill hornets, yellow jackets, and similar pests. For example, if you have bees, your game plan will follow a different course of action than simply wiping out a nest of wasps.

Pick 2: Figure Out Where They Live

Swatting the stray wasp here and there isn’t going to make a dent in your problem, not by a long shot. Hundreds or even thousands of insects might live in a nest. Watching their flight pattern can point you in the right direction to find their nest. That is the key when figuring out how to get rid of wasps in your backyard.

The typical yellow jacket nest looks like paper mache. It can range in size from a softball to a basketball—or even bigger! A paper wasp nest looks like mud thrown on the side of a building or tucked in a protected place. It has more of a free-form shape.

The size often depends on how far into the season you’ve spotted them. Most nests begin small and gradually get larger with additional occupants. Remember that the more wasps, the greater the risks of getting rid of them. Many species are territorial and will defend their turf. Also, bear in mind that they can sting multiple times.

The pests may make nests in unlikely places, such as alongside your gas meter, in rock retaining walls, and stuff lying around your yard. We’ve even seen them in the tubular framework of docks. Anything that gives them some protection with relatively little traffic to disturb them is fair game. Some can even find their way into your house.

Some wasps even live in the ground. A spot of bare earth in your lawn is a telltale sign of these wasps. The strategy is similar, using a different weapon.

There are two types of pesticides that you can use to get rid of wasps: dust or aerosols. The former is an excellent choice for dealing with ground-dwelling wasps. The best thing about it is that you can control where it goes—as long as you apply it when it’s not windy.

An aerosol product is the best way to deal with an above-ground nest. It offers a lot of advantages. Most sprays will work from a longer distance, sometimes 15 feet or more. That gives you some protection against getting stung. It’s not a question of if the wasps will react.

Many wasps and hornet sprays contain ingredients related chemically to pyrethrins. While it is naturally occurring, pyrethrin is deadly to many insects, including honeybees and aquatic wildlife. The synthetic derivatives are formulated to target wasps and not harm non-targeted species.

We strongly urge you to use products that specify wasps, specifically.

Step 4: Get Prepared for Battle

If we had only one bit of advice to share, we’d say to read the entire label on the can. By law, pesticide manufacturers must specify exactly how to use their products, along with safety precautions and first aid. It’s against federal law to use these products in any other way than the instructions say you should use it.

Don’t forget that pesticides are poisons. Therefore, you must take precautions to avoid hurting yourself. We recommend wearing gloves and preferably wearing eye protection too. It’s not overkilling; it makes good sense. 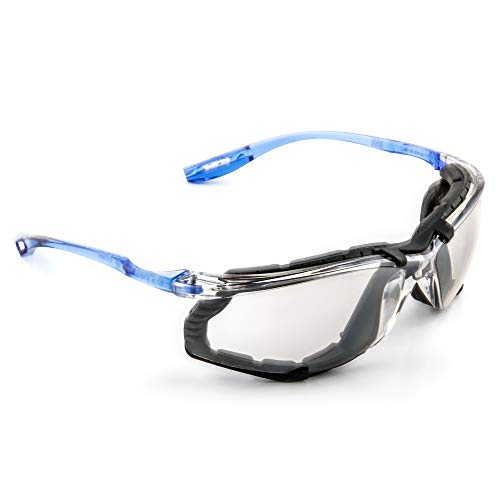 Step 5: Timing is Everything

The conditions must be right to get the most out of your chosen pesticide. That includes covering your bases for minimizing environmental and personal risks. It also involves getting the most bang out of your buck.

The most important thing is to avoid spraying in windy conditions. The industry refers to it as drift. That means the poison may land someplace else, where you don’t want to apply it, such as waterways, your garden, or areas with unrelated uses. Land managers use the same rule of thumb for controlled burning with 10 mph the limit.

Getting stung is the other concern. It’s probably why you’ve decided to get rid of the wasps in the first place.

Planning your attack at dusk or evening is your best bet to avoid any mishaps. Some wasps aren’t aggressive. However, you’re getting close to home. That action will probably put you in a position where you’re asking for a reaction.

Don’t worry. You’ll get it.

The distance combined with timing gives you the advantage and the best way to avoid getting stung. Fortunately, the sprays have some power behind them, giving you the ability to aim accurately. Keep it going all around the nest site to douse it thoroughly.

The nature of pyrethrin-derived ingredients is their residual effect, which keeps them on the job after the deed is done.

Many products act instantly to kill wasps. However, it may take a bit for all the inhabitants of a nest to die. Any that survive are likely uber-aggressive. We suggest waiting until the next evening to see if you have succeeded.

If you see any activity, launch a second attack.

You’ll likely find that you’ll get one use out of one can of an aerosol wasp killer. That’s why we always recommend getting two or more cans. You don’t just want to win the battle.

You want to win the war.

Continue to monitor the presence of wasps in your backyard. If you’re still seeing a lot of them, the chances are there is more than one nest nearby. In that case, rinse and repeat. Figure out where they’re coming from and plan the next battle.

Many species are territorial, so the chances are on your side if you’ve wiped out the colony living in your backyard.

Prevention is an absolute must when you’ve dealt with a wasp problem. It’s critical to prevent another round of these pests and all the issues they cause. The best way to tackle it is to hit them where they live with the things they need to survive. That includes:

For wasps, that means eliminating food sources like open garbage cans, filled pet food bowls, and an unclean grill. You might as well put out the welcome mat. Also, get rid of open water like leaky faucets, stagnant pools of water, and other sources of liquids.

Don’t invite wasps into your backyard. Seal up cracks in the foundation of your house and outbuildings. Makes sure the screens on your windows are in good repair too. The last thing you need is wasps buzzing around in your home.

If you have a problem with these winged pests, we feel for you. They pose a health risk that can have severe consequences. Learning how to get rid of wasps in your backyard will help you to keep your yard safe for your kids and pets. Fortunately, it’s easy to get it under control and prevent future issues with some common-sense measures.