Ladybugs have long been one of the most beloved garden visitors. With their cherry-red wing covers and adorable spotted backs, what’s not to love about these little fellas? But, since the introduction of Asian Ladybugs (also known as Asian Lady Beetles or Asian Ladybirds) to the United States, the general term “Ladybug” has become quite muddled. 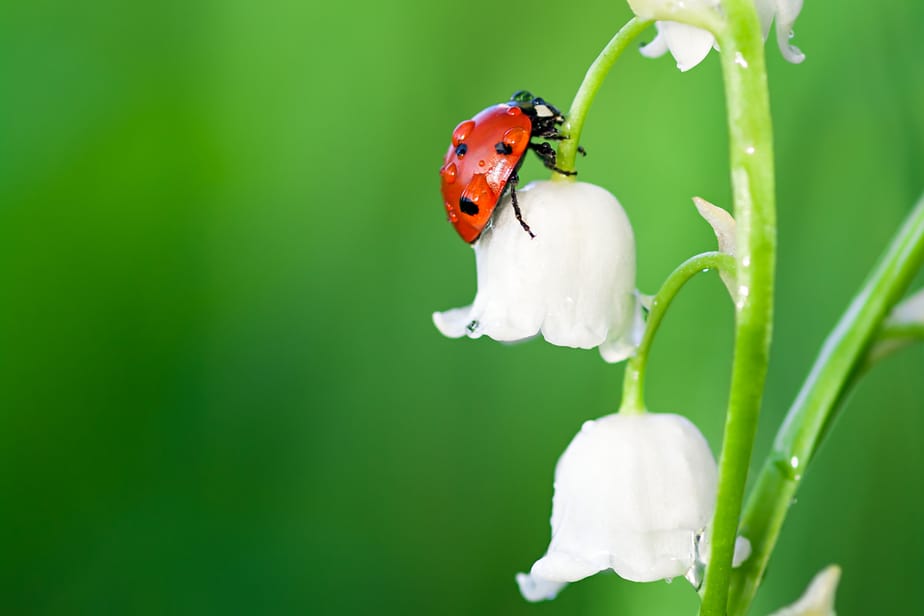 In this article, we’ll be taking a closer look at both good and bad ladybugs to help you identify your friendly neighborhood Ladybug from the invasive Asian Ladybird. Just like Asian Lady Beetles, a Ladybug’s colors can vary quite widely, ranging from vibrant reds to yellows and oranges, which may make identification seem like a daunting task. However, there are a few distinctive features that separate them from the Asian Lady Beetles. Be sure to refer to the photo above to identify the markings listed below:

The Benefits of Native Ladybugs

North American Ladybugs are the harmless little leaf-huggers that we all know and love. They’re a vital part of the ecosystem and play a huge role in garden pest control by consuming a plethora of destructive aphids. During their year-long life, a single Ladybug can consume approximately 5,000 aphids! Multiply that by hundreds – if not thousands – of Ladybugs per property, and you’ve got a gardener’s best friend! And not only do the adult Ladybugs feast on crop-destroying pests, but they also lay their eggs on them so that their larvae can eat them, as well.

Native Ladybugs generally won’t make your home, theirs. They’re not inclined to being home-invasive bugs and during the warmer seasons, Ladybugs can be found living in bushes, trees, and tall grasses. When winter rolls around, Ladybugs will hibernate in large groups (sometimes consisting of thousands of Ladybugs!) under rocks, in rotted logs, or in easily-accessible buildings, such as old barns.

The last (and our favorite) benefit, is that you and your children can hold Ladybugs all you want! Like we mentioned above, North American Ladies are extremely friendly and won’t bite, so feel free to make all the little bug friends you want.

You and your children can even keep Ladybugs as adorable tiny pets!

Raise your own Ladies: 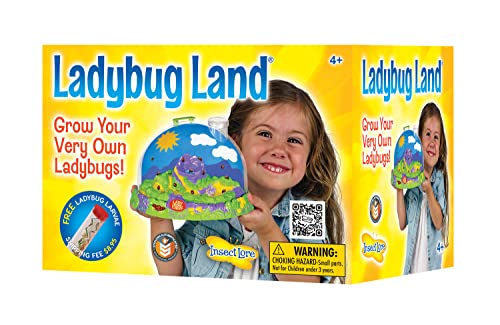 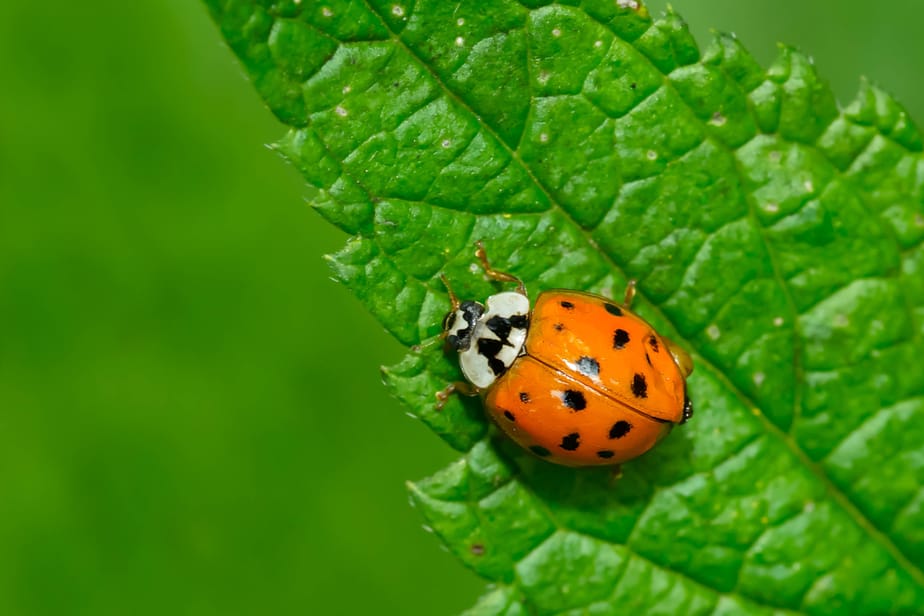 Though at first glance Asian Ladybirds seem identical to some species of Ladies, they do have a few differences from Native North American Ladybugs:

The Invasiveness of Asian Ladybirds

Introduced to the United States in 1916, the Asian Ladybird has since spread throughout the country in invasive masses. Originally released in Louisiana, Georgia, Mississippi, North Carolina, California, Connecticut, Washington, Maryland, and Pennsylvania; these friendly-Lady-wannabes can now be found in virtually every state.

And not only can they be found practically everywhere you go, but they’re also highly invasive to homes during cold months. If your home happens to be taken over by Asian Ladies, they’ll release a yellow liquid that can stain furniture stored in attics or basements and leave behind a gross odor. But not to worry – in the next section, we’ll go over how you can prevent being invaded by Asian Ladies.

These bugs are also harmful to dogs whenever they’re consumed and will release the previously-mentioned odorous yellow chemical in their mouths. This chemical can cause them to stick to the roof of the mouth when dying. This occurrence can cause injury to the inside of the dog’s mouth via chemical burns, resulting in ulcers.

Whether your home is already overrun by Asian Ladies or you want to prevent future invasion, in this section, we’ll be going over how you can control bad Ladybirds.

Once They’re Already Inside

Contrary to popular belief, pesticides aren’t the best way to go about an Asian Ladybird infestation. Simply vacuuming the insects up and throwing them away is the most effective method for removal. It’s never recommended to use insecticide foggers to attempt to kill off invasive species as this could lead to a lasting chemical smell in the home and an even bigger inconvenience to you.

As a brief recap, North American Ladybugs are the harmless bright red Ladies we all adore. They help control ravenous pests that feed on our garden goods and are an important tiny cog in the machine that is the ecosystem.

Alternatively, Asian Lady Beetles are an invasive species brought over to the United States from Asia in the early 20th century to combat aphid problems in the southern states. They bite, they’re usually orange in color, and they’ll take over your home during the winter if you’re not careful.

Hopefully, we’ve helped you learn the difference between good and bad Ladybugs so that the next time you’re in your garden you can welcome (or prepare to defend your home against) the spotted little critters.